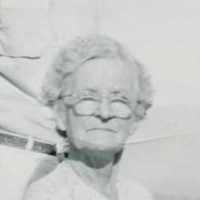 Put your face in a costume from Catherine A's homelands.

After the explosion of the USS Maine in the Havana Harbor in Cuba, the United States engaged the Spanish in war. The war was fought on two fronts, one in Cuba, which helped gain their independence, and in the Philippines, which helped the US gain another territory for a time.
1 Scottish and northern Irish: from Anglo-Norman French waleis ‘Welsh’ (from a Germanic cognate of Old English wealh ‘foreign’), hence an ethnic name for a Welsh speaker. In some cases this clearly denoted an incomer to Scotland from Wales or the Welsh Marches, but it may also have denoted a Welsh-speaking Scot: in western Scotland around Glasgow, the Welsh-speaking Strathclyde Britons survived well into the Middle Ages.2 Jewish: this surname has been adopted in the 19th and 20th centuries as an Americanized form of various Ashkenazic Jewish surnames, e.g. Wallach .