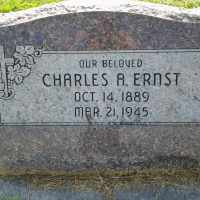 A short-lived Cabinet department which was concerned with controlling the excesses of big business. Later being split and the Secretary of Commerce and Labor splitting into two separate positions.
1 German and Dutch: from the personal name Ernst, which is most probably a byname from Middle High German and Middle Dutch ern(e)st ‘combat’, ‘serious business’. However, see Ernest .2 Jewish (Ashkenazic): nickname or ornamental from German ernst ‘earnest’, ‘serious’.