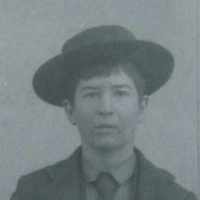 When John Miller was born on 5 November 1877, in Ystrad-dyfodwg, Glamorgan, Wales, his father, David Miller, was 38 and his mother, Elizabeth Ann Davies, was 31. He lived in Ystrad-dyfodwg, Glamorgan, Wales, United Kingdom in 1881. He died on 1 May 1900, in Scofield, Carbon, Utah, United States, at the age of 22, and was buried in Springville, Utah, Utah, United States.

Thomas Henry Miller was born June 24, 1871 in Trealaw, Glamorgan, Wales. At the age of nine, he was given to "Aunt" Mary and her husband "Uncle" James Miller, who lived in Pontypridd, Wales. James ha …