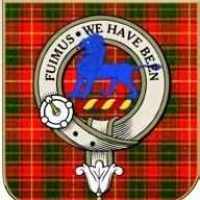 When Robert Bruce was born in August 1711, in Dumbarton, Dunbartonshire, Scotland, his father, Robert Bruce, was 21 and his mother, Katharine MacNab, was 21. He married Katharine Fisher in 1732, in Scotland, United Kingdom. They were the parents of at least 1 son and 3 daughters. He died in 1788, in Cardross, Dunbartonshire, Scotland, United Kingdom, at the age of 77.