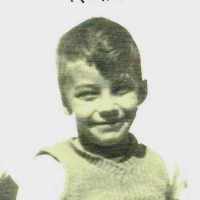 When Richard Allen "Dick" Davidson was born on 18 May 1941, in Milford, Beaver, Utah, United States, his father, John Andrew Davidson, was 41 and his mother, Ruby Gressman, was 36. He died on 4 October 2009, in Fairfax, Virginia, United States, at the age of 68, and was buried in Lafayette Township, McKean, Pennsylvania, United States.

Put your face in a costume from Richard Allen "Dick"'s homelands.