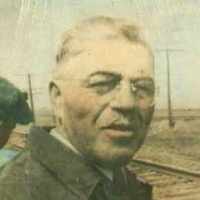 When Leo Bax was born on 27 August 1883, in Agnone, Campobasso, Molise, Italy, his father, Giuseppe Bax, was 32 and his mother, Lucia Lemme, was 32. He had at least 5 sons and 4 daughters with Ernestina Ann Natale. He died on 26 September 1951, in Niagara Falls, Niagara, New York, United States, at the age of 68, and was buried in Gate of Heaven Cemetery, Lewiston, Niagara, New York, United States.