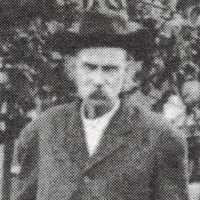 The Life of Jeremiah Marr

Put your face in a costume from Jeremiah Marr's homelands.

1 English, North German, Danish, and Norwegian: topographic name for someone who lived in or by a small wood, Middle English, Middle Low German, Danish, Norwegian holt, or a habitational name from one of the very many places named with this word. In England the surname is widely distributed, but rather more common in Lancashire than elsewhere.2 Shortened form of Dutch van Holt, a habitational name from places named Holt (see 1).