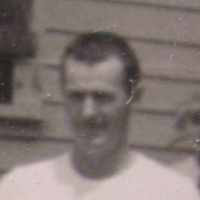 Put your face in a costume from Arthur Erroll's homelands.

Charles Lindbergh makes the first solo nonstop transatlantic flight in his plane The Spirit of St. Louis.
1 English: variant of Chesney .2 French: habitational name from a place in Yonne, which takes its name from a Romano-Gallic estate, Caniacum ‘estate of a man named Canius’, from the Roman personal name + the locative suffix -acum.