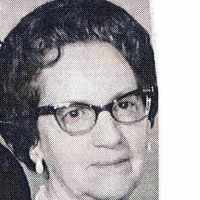 The Life Summary of Ruby Blanch

Put your face in a costume from Ruby Blanch's homelands.

English: variant of Gifford , with post-medieval excrescent -s. This surname is now rare in Britain.