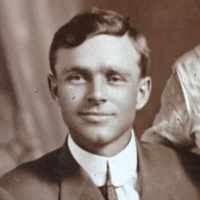 The Life Summary of James Forrest

Put your face in a costume from James Forrest's homelands.

(1997: 219271;2007: 524288; 2010: 756142)English, French, Walloon, Breton, German, Dutch, Flemish, Danish, Greek, West Indian (mainly Haiti and Jamaica), and African (mainly Tanzania and Nigeria): from the personal name Thomas, of Biblical (New Testament) origin, from Aramaic t’ōm’a, a byname meaning ‘twin’. It was borne by one of the disciples of Christ, known for his scepticism about Christ's resurrection (John 20:24–29). The Th- spelling is organic, the initial letter of the name in the Greek New Testament being a theta. The English pronunciation as t rather than th- is the result of French influence from an early date. In Britain, the surname is widely distributed throughout the country, but especially common in Wales and Cornwall. In North America, the English form of the surname has absorbed many cognates from other languages (e.g. Assyrian/Chaldean or Arabic Toma and Tuma , Albanian Toma and Thoma , and Slavic surnames listed in 3 below), and their patronymics and other derivatives (e.g. Polish Tomaszewski and Slovenian Tomažič; see Tomazic ). In France, this surname is most common in the Vosges and Brittany. The name Thomas is also found among Christians in southern India (compare Machan , Mammen , and Oommen ), but since South Indians traditionally do not have hereditary surnames, the southern Indian name was in most cases registered as such only after immigration of its bearers to the US. This surname is also very common among African Americans.Native American (e.g. Navajo): adoption of the English personal name Thomas (see 1 above) as a surname.