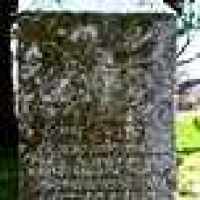 The Life Summary of Isaac C

Put your face in a costume from Isaac C's homelands.

Scottish: habitational name from a place near Kilmarnock named Dunlop, from Gaelic dùn ‘fort’ + possibly lápach ‘muddy’. The traditional pronunciation places the stress on the second syllable, although nowadays it is usually placed on the first.

Last Will and Testament