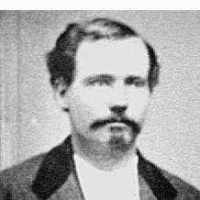 Some characteristic forenames: French Armand, Emile, Jacques, Marcel, Pierre, Andre, Lucien, Normand, Henri, Michel, Cecile, Gabrielle.English, Scottish, French, Walloon, Breton, Dutch, German, Polish, Czech, Slovenian, West Indian (mainly Haiti), and African (mainly Tanzania): from the personal name Bernard, from an ancient Germanic name, composed of the elements ber(n) ‘bear’ + hard ‘brave, hardy, strong’ (see Bernhard ). It was borne by several Christian saints, including Saint Bernard of Menthon (923–1008), founder of Alpine hospices and patron saint of mountaineers, whose cult accounts for the frequency of the name in Alpine regions. The popularity of the personal name was also greatly increased by virtue of its having been borne by Saint Bernard of Clairvaux (c. 1090–1153), founder and abbot of the Cistercian monastery at Clairvaux. In North America, the English form of the surname has absorbed cognates from other languages, e.g. Italian Bernardo . Bernard is the second most frequent surname in France. Compare Barnard , Benore , and Burnor .History: The first documented bearer of this name in Canada was from the Lorraine region of France. He is recorded in Quebec City, QC, in 1666 as Jean Bernard. He and some of his descendants were dit Anse or Hanse, presumably because his original forename was Hans (German equivalent of French Jean). — The Bernard families of LA have origins in France, Acadia, the West Indies, and Germany. — This surname is listed in the (US) National Huguenot Society's register of qualified Huguenot ancestors and also in the similar register of the Huguenot Society of South Carolina.

"I'm Going Back Down to Grandpa's"

The following type-written photocopy was provided to Laurie Crookston by Henry and Dorothy Bernard: "I'm going back down to Grandpa's I won't come back anymore. I hear remarks about my feet, A muddyi …