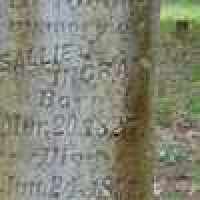 Put your face in a costume from Sarah Jane "Sallie"'s homelands.

Irish (Roscommon): possibly a shortened form of McCone .English (Suffolk): from Middle English coin, cone ‘wedge, corner’; the reasons for its adoption as a surname are unclear.Americanized form of North German Kohn or Köhn, or Kuhn .