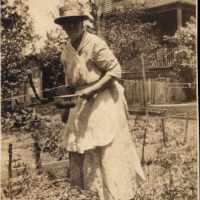 Put your face in a costume from Anna Josefine Tomine Carlsdatter's homelands.

Coming out of an economic crisis, everyone was worried when cuts started happening in the railroad. They went on what would the great railroad strike of 1877.
Danish and Norwegian: patronymic from the personal name Anders, a vernacular form of Andreas .