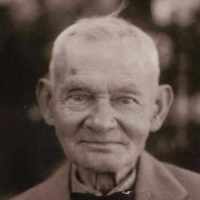 The Life Summary of Andreas Martinius

When Andreas Martinius Klausen was born in March 1854, in Kristiansand, Vest-Agder, Norway, his father, Nils Klaus Rejnertsen Smeland, was 37 and his mother, Magnhild Marthea Olsdr, was 31. He married Anna Josefine Tomine Carlsdatter Endersen on 31 October 1879, in Kristiansand, Vest-Agder, Norway. They were the parents of at least 6 sons and 2 daughters. He immigrated to United States in 1881 and lived in Oaklyn, Camden, New Jersey, United States for about 10 years and South Gate, Los Angeles, California, United States in 1930. He died on 9 March 1945, in Bell, Los Angeles, California, United States, at the age of 91.

Put your face in a costume from Andreas Martinius's homelands.

Thomas Edison had been seeking to create a more practical and affordable version of the lightbulb, primarily for home use. Edison had attempted several different materials, including platinum and other metals, before ultimately deciding on a carbon filament. On October 21, 1879, Edison finally carried out the first successful test of this new light bulb in Menlo Park, New Jersey.