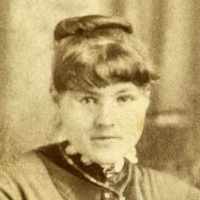 The Life Summary of Etta Almeda

Put your face in a costume from Etta Almeda's homelands.

MARRIED In this city, on the 17th inst., by Rev. M. A. Stevens, Mr. George V. Bear of Minneapolis, to Miss Etta Staples of Grow.