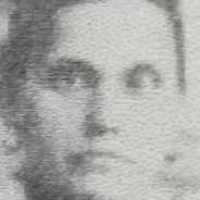 Put your face in a costume from Elaisa "Eliza"'s homelands.

Being a second spiritual and religious awakening, like the First Great Awakening, many Churches began to spring up from other denominations. Many people began to rapidly join the Baptist and Methodist congregations. Many converts to these religions believed that the Awakening was the precursor of a new millennial age.
1 Scottish: from a reduced form of the personal name Steven .2 North German, Dutch, and Scandinavian: from sten ‘stone’, hence a topographic name for someone who lived on stony ground, or a metonymic occupational name for someone who worked with stone: a quarryman, stonecutter, or stonemason. The Swedish surname probably originated as a soldier's name.3 Swedish: from the personal name Sten.